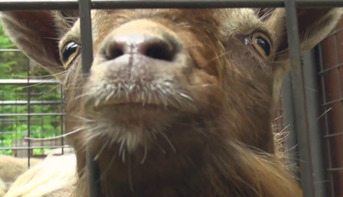 The Fair is held annually on the Sunday before BC Day every year. This makes us, “The Earliest Fall Fair in British Columbia”. Sometimes the fair is on the last Sunday in July but most of the time it is the first Sunday in August.

We bet that you are wondering why a fall fair is in Late July or early August! It is quite simple. The Fair used to be held in the Fall, but, more often than not it would be Windy and or rainy. So, we checked the Farmer’s Almanac and the local Farming and Ranching Community and found the Sunday before BC Day is the prime time for the weather, and there you have it, a Fall Fair in the summer.The current format of the Tlell Fall Fair was established in 1982 By the Graham Islands East Coast Farmers Institute. The Institute formed a sub-committee to organize and run the Fair and the Tlell Fall Fair was born. The original Fair started in 1912 in the Lawnhill area of Haida Gwaii. Through up’s and down’s and to world wars, the Fair eventually landed here in Tlell.

The primary goals of the Tlell Fall Fair are to inform everyone about the Agriculture and Aquaculture of beautiful Haida Gwaii, home of the Haida People who have lived here for thousands of years, to encourage people to grow and enjoy their own produce and where possible their own Livestock. It is also to buy these products locally and to share ideas on growing and preparing these products.

We also provide a venue for everyone to display what they have grown and/made and if they would like Judged at  a Provincially guided Judging standard.
The fair is a member in good standing with the British Columbia Association of Agricultural Fairs and Exhibitions, (BCAAFE) and therefore maintains strict provincial standards at the fair. All Judging of exhibits follow guidelines set down by the BCAAFE and anyone is welcome to exhibit their Livestock, Poultry, Garden Produce, Flowers, House Plants, Handi-crafts, Baking and much more.

As well there are educational displays throughout the fair and some hands on activities. The Tlell Fall Fair is a non-alcohol event that brings people from all over the islands and tourists from around the world for a fun filled day of Exhibits, Food, Live Music, as well as games for children, gate draws and an array of vendors.
A special Thanks to the, Council of the Haida Nation Communications & Haida Media Network for presenting a recap of the 2014 Tlell Fall Fair!